'The Regional Imperative for Competition Law and Policy: The Promise and Limits of Regional Agreements'. 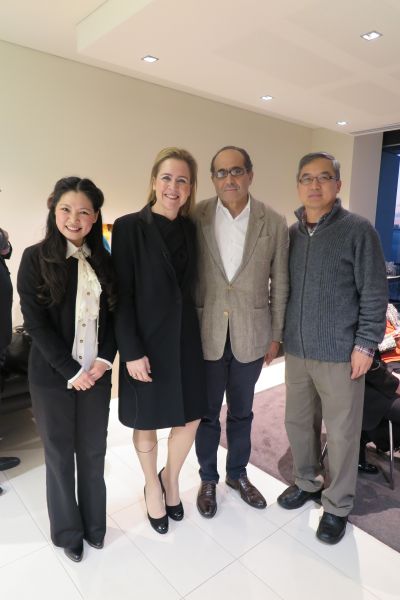 In the wake of failed multilateralism, nations are shifting to regionalism to solve problems of the global economy. Indeed, projects for regionals are proliferating, from Association of South East Asian Nations to Trans-Pacific Partnership Agreement.

First, what can we expect from regionalism? Are there tasks in the world of competition law and policy that cannot be done well at nation-to-nation level and that can be done regionally? This lecture will explore the gaps between trade and competition policy and consider what work regional agreements can do to fill or bridge them.

Second, what are the limits of regional projects? The lecture argued that, absent a single regional substantive law with adjudication at the center, divergences and tensions regarding substantive competition law principles will continue to exist. Nations' laws have their own roots. Even within nations, the “competition order” is much debated, in view of values, priorities, and the local economic and political terrain.

The Final Report and Recommendations of the Australian Competition Policy Review and the debate surrounding it, compared with the debates in the US and in the EU, with focus on single firm offenses, will be used to exemplify the divergences. Despite the calls for convergence on the formulation and application of substantive law principles, this lecture argued that the continuing dialectic among perspectives is good and can actually enhance the value of regionals as long as positions are transparent and the member states embrace a vision of the common economic interest of the community in limiting beggar-thy-neighbor strategies.

Eleanor M. Fox is the Walter J. Derenberg Professor of Trade Regulation at New York University School of Law. She is an expert on antitrust and competition policy, and teaches, writes and advises on competition policy in nations around the world and in international organizations. She has a special interest in trade and competition, institutional networks and global governance. She also has a special interest in developing countries and explores how opening markets and attacking privilege, corruption and cronyism can alleviate marginalization and open paths to economic opportunity and inclusive growth. Fox received her law degree from New York University School of Law in 1961; she received an honorary doctorate degree from the University of Paris-Dauphine in 2009. She was awarded an inaugural Lifetime Achievement award in 2011 by the Global Competition Review for "substantial, lasting and transformational impact on competition policy and practice." She received the inaugural award for outstanding contributions to the competition law community in 2015 by ASCOLA, the world network of academic law and economic competition experts. Her books include a US antitrust casebook (West 2012), a European Union law casebook, co-authored (West 2015), and a book on the design of competition law institutions with Michael Trebilcock (Oxford 2013). Professor Fox is writing a book on competition and markets in sub-Saharan Africa.