A moment in the sun: does the Paris Agreement on climate change mark an evolution or an extinction of international environmental law? 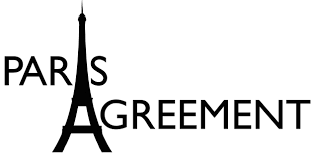 Join lead negotiator for the European Union, Jacob Werksman, in conversation with Alice Palmer, on the place of the Paris Agreement in the development of international environmental law.

Since world leaders met in Paris in 2015 and adopted an agreement on climate change, states have been eager to promote the pact as a triumph of international cooperation.

But does the Paris Agreement’s deference to sovereign choice mark a significant erosion in the nature of international climate change law? Or is the agreement a pragmatic framework for cooperation and accountability that recognizes the practical limitations of international law?

Jacob Werksman is Principal Adviser to the European Union Directorate General for Climate Action, where his work focuses on the international dimensions of European climate policy. His responsibilities include leading aspects of the European Union negotiations under the UN Framework Convention on Climate Change. Jacob formerly held positions at the United Nations and major not-for-profit organisations working on international environmental law and policy.

Alice Palmer is a Senior Fellow teaching Melbourne Law Masters subjects on international law and environmental protection. She was previously the Director of the Foundation for International Environmental Law and Development (FIELD) in London where she worked with developing country governments and advocacy groups to use international law for the environment. Alice’s recent article, Valuing Aesthetics in World Heritage Decisions, examines the extent to which world heritage status is confined to natural landscapes that conform to an European Romantic ideal.