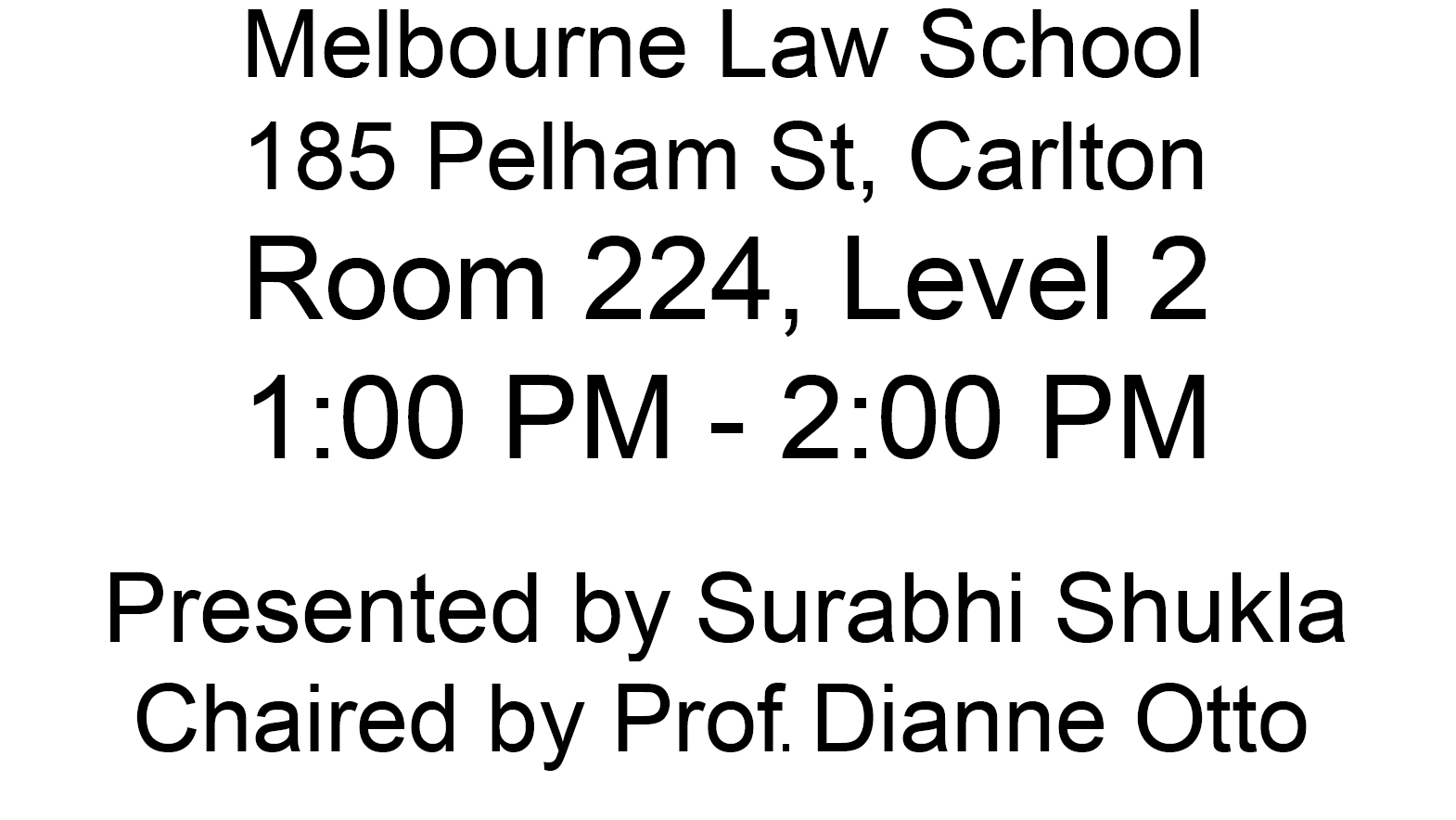 Surabhi Shukla is currently a D. Phil. (Law) student at the University of Oxford and a Visiting Kathleen Fitzpatrick Fellow at Melbourne Law School. Her DPhil is concerned with the appropriate role of religion and culture in human rights litigation in India on topics distinct from freedom of religion. She has completed her B.A.LL.B. (Hons.) from the National Law School of India University (NLSIU) in 2011 and her LL.M. from the UCLA School of Law in 2012. She was awarded the Dean's Tuition Fellowship and the Narotam Sekhsaria Foundation Scholarship to attend UCLA. She has worked at the ACLU of Southern California in Los Angeles, the Williams Institute at UCLA, the Supreme Court of India, and taught as an Assistant Professor of Law at the O. P. Jindal Global University, India before starting her DPhil at Oxford.

In 2014, she was awarded an IASSCS Emerging Scholars' International Research Fellowship. Through this fellowship, she has conducted a study on the experiences on queer students during their school life in India, which is hosted at the genderdiversityandschools.in. This project has since won the Jack Collins Social Action Bursary of the Oriel College, Oxford, in 2017.

She has been admitted to the Bar in India and New York. She blogs on law and sexuality at: www.lawandsexuality.com.

In this presentation, chaired by Prof. Dianne Otto, Surabhi Shukla analyzes cases pre and post the Indian Supreme Court's transgender decision in National Legal Services Authority v. Union of India (2014) (“NALSA”), which recognized transgender persons' right to self-determined gender regardless of medical intervention. Her analysis shows that these orders are not being implemented by lower courts in a consistent fashion. Shukla argues that they are instead implementing a status quo model. As long as a person claims a gender identity consistent with how they have been perceived, the courts have no problem in applying the self-determination directive. However, as soon as the claimant asserts a gender identity contrary to how they have hitherto been perceived, the courts need additional evidence of "sex re-assignment surgery (“SRS”)" or psychological examination. It happens in subtle ways such that if one does not pay attention, it would be unclear that the courts have implemented this bifurcated approach to applying the self-determination principle.