Consistent with broader Indigenous claims for self-determination internationally in norms like the United Nations Declaration on the Rights of Indigenous Peoples (UNDRIP), demand for greater Aboriginal ownership of and control over freshwater has grown immensely over the last twenty-plus years in Australia. Australian governments have at best, however, only offered constrained and limited responses to these demands leaving Aboriginal water justice claims unresolved and Aboriginal advocates and their supporters dissatisfied. 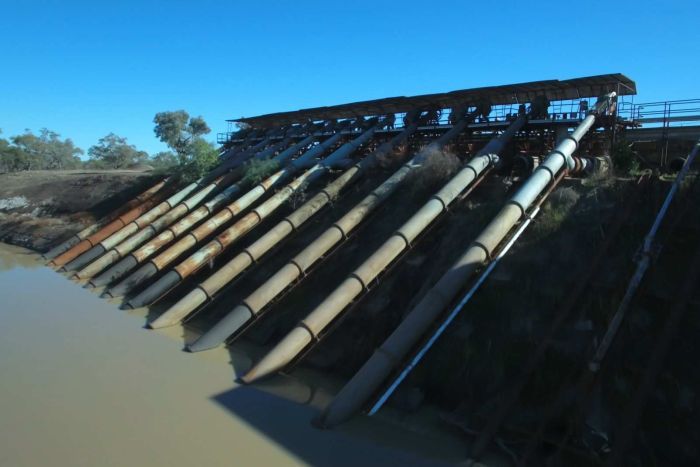 Irrigation pumps in operation on the Murray Darling Basin.

Responding to these community demands, poor government responses and gaps in research, my doctoral research explores Aboriginal struggles for rights to access, use and benefit from freshwater in the context of deep reforms to water governance. In this seminar, Lana will present key findings on the access that Aboriginal organisations have to statutory water use entitlements in the NSW portion of the Murray-Darling Basin (MDB). Specifically, she will present evidence of the past decade of management of water entitlements by Aboriginal people to indicate a new wave of dispossession and to profile the distribution and uses of remaining Aboriginal-held entitlements.

Lana’s work has important implications for state and federal policy and law reform processes currently underway in NSW, Victoria, and at the federal level, including recent commitments by state and federal governments to improve Aboriginal water access.

Lana Hartwig is a final-year PhD student at Griffith University’s Australian Rivers Institute and School of Environment & Science in Queensland. Under the supervision of Professor Sue Jackson and Dr Natalie Osborne, Lana’s PhD research explores implications, challenges and opportunities from Australian water governance reforms for Aboriginal self-determination, particularly regarding water distribution in the context of water markets. While finishing her thesis Lana has been assisting the Murray Lower Darling Rivers Indigenous Nations (MLDRIN) and their Traditional Owner member groups to provide advice about state governments’ Water Resource Plans to the Murray-Darling Basin Authority.