How big is the problem of violence against women? Professor Sally Engle Merry 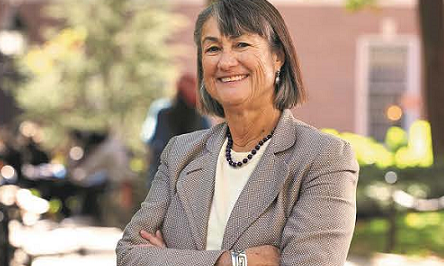 Until the 1970s, there was very little research on violence against women and scant information on its frequency and distribution by race, class, age, and other social characteristics. It was generally understood as a problem of the poor, caused by drinking and “life style.” As the social movement against rape and domestic violence developed in many parts of the world during the 1980s, statistics on the incidence of these problems were essential in order to show that this was a pervasive and significant problem. But the demand for numbers in order to justify activism has long confronted difficult problems of how to count violence against women. The challenges include what to consider violence, how to gather data, how to encourage women to talk about their experiences with violence, and how to persuade governments to invest resources in doing this research. Criminal justice data notoriously undercounts the problem, so that victimization surveys have become the optimum strategy.

There are now efforts to construct surveys at the global level in order to assess the extent of the problem. Yet global efforts confront all the above problems as well as the need to understand variations by factors such as race, poverty, disability, urban/rural residence, and age. This requires disaggregating data on the basis of intersectional categories.  But what are the relevant categories and how much it will cost to add more? Moreover, the need to count incidents of violence against women contradicts the ability to understand these actions as deeply embedded in conceptions of kinship, marriage, gender, and violence as well as the trajectory of ongoing relationships. Instead, quantification means they are seen only as isolated incidents.

This talk explores these challenges and the efforts of the United Nations to come up with a set of indicators to measure violence against women globally. While the UN effort is fraught with difficulty and ultimately misses a great deal, it also is essential in order to support the global social movement against violence against women.

Sally Engle Merry is Silver Professor of Anthropology at New York University. She is also a Faculty Director of the Center for Human Rights and Global Justice at the New York University School of Law, and past president of the American Ethnological Society. Her recent books include Colonizing Hawai‘i (Princeton, 2000), Human Rights and Gender Violence (Chicago, 2006), Gender Violence: A Cultural Perspective (Blackwell, 2009) and The Practice of Human Rights, (co-edited with Mark Goodale; Cambridge, 2007). Her most recent book, The Seductions of Quantification: Measuring Human Rights, Gender Violence, and Sex Trafficking (Chicago: University of Chicago Press, 2016) examines indicators as a technology of knowledge used for human rights monitoring and global governance. She has co-edited two books on quantification, The Quiet Power of Indicators, with Kevin Davis and Benedict Kingsbury (Cambridge University Press, 2015) and A World of Indicators, with Richard Rottenburg, Song-Joon Park, and Johanna Mugler (Cambridge University Press 2015), 2015. She is the author or editor of sixteen books and special journal issues. She received the Hurst Prize for Colonizing Hawai‘i in 2002, the Kalven Prize for scholarly contributions to sociolegal scholarship in 2007, and the J.I. Staley Prize for Human Rights and Gender Violence in 2010. In 2013 she received an honorary degree from McGill School of Law and was the focus of an Author Colloquium at the Center for Interdisciplinary Research (ZIF) at the University of Bielefeld, Germany. She was an Honorary Professor at Australian National University.