A lecture delivered by Manuel José Cepeda Espinosa 2 May 2016

In 2015, the Colombia government entered into a transitional justice agreement with the FARC guerrilla movement that marked an important step towards ending decades of conflict in Colombia.

This lecture by a member of the Commission negotiating this important part of the peace agreement brings a constitutional perspective to the peace process. The interface between peace making and constitution making and change is one of many challenges for contemporary international politics.

While the relationship inevitably is context dependent to a degree the wide range of cases involving transition from conflict to forms of constitutional government make global experience a rich resource on which other states in conflict can draw. This lecture canvasses the experience of Colombia where, as the peace process unfolds, a consequential process of constitutional reform is underway. Some of the mooted changes relate to transitional justice for guerrilla forces and the military. Others concern broader developments, such as political representation and territorial autonomy. The lecture will focus on two questions in particular. The first is the way in which peace making has led to innovative institutional design. The second explores the way in which constitution making has been a tool to build peace at critical points over the last half century.

This occasion will launch the Constitutional Transformation Network.

The IACL-AIDC blog also includes a virtual roundtable to discuss the themes of Manuel Cepeda’s lecture, including a contribution by Will Partlett on ‘Colombia, New Constitutionalism, and History’ 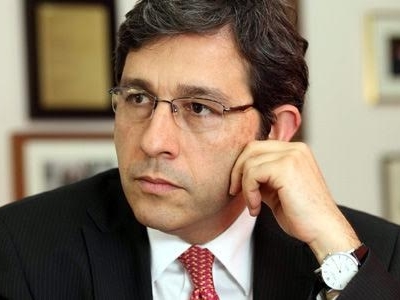 Manuel José Cepeda Espinosa is President of the International Association of Constitutional Law and member of the Colombian Commission that negotiated a Transitional Justice Agreement with Revolutionary Armed Forces of Colombia (FARC) in December 2015. He served as a justice on the Constitutional Court of Colombia from 2001 to 2009 and was president of the Court from June 2005 to April 2006. From 1987 to 1990, he served as presidential advisor for legal affairs to Colombian President Virgilio Barco Vargas. From 1990 to 1991, he was advisor to Colombian President César Gaviria Trujillo for the Constituent Assembly of Colombia. From 1993 to 1995, he was Ambassador of Colombia to UNESCO and thereafter to the Helvetic Confederation (1995-1996). He served as Dean of the Universidad de los Andes Law School from 1996 to 2000. The author of several constitutional law books, he graduated Magna Cum Laude from Universidad de los Andes in 1986 and received his Master of Laws from Harvard Law School in 1987. In 1993, he received the Order of Boyacá from the President of Colombia.