A life of two halves

Principal solicitor and ‘Multicultural Women in Sport’ founder Molina Asthana says that in both sport and law, it pays to persevere.

Molina Asthana (LLM ’05) lived most of her life in Delhi before moving to Australia in 2004. A practicing lawyer in India’s Supreme Court, upon arriving in Australia she found herself facing the task of re-entering the profession. Getting started in Australia

“Moving to a foreign country and starting from scratch is not easy. I had to fight to regain the position I felt I had lost when I moved,” Asthana says. “I completed an LLM in commercial law from Melbourne Law School in 2005, and thereafter got my accreditation to practice law in Australia.

“My grandfather, who was an eminent jurist, taught me to be resilient, to strive towards excellence and knowledge, to respect people, and to always believe in the goodness in others and in situations. So, instead of giving up I chose to keep pushing, keep applying, keep talking to people and my perseverance paid off.”

She has since enjoyed a rich and diverse legal career including working as a principal solicitor in the Victorian Government’s Solicitor’s Office for over a decade and before that, stints with Clayton Utz and Minter Ellison. For the last year and a half, she has been principal solicitor of her own practice, Swarup Asthana Lawyers and Business Advisors, which focuses on commercial law and cross-border work between India and Australia.

“My clientele is mainly migrants”, says Asthana, “I enjoy combining my expertise in both jurisdictions as Asia is growing as an important partner for Australia”. 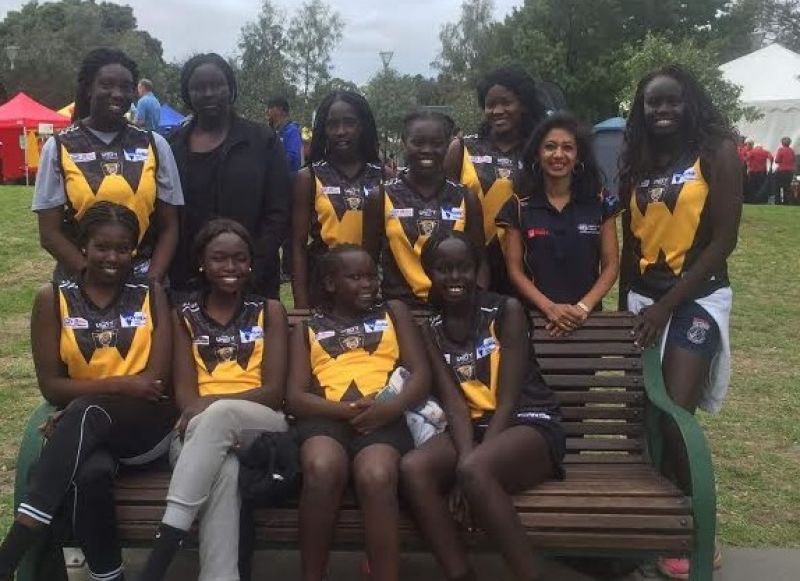 Asthana at the 2018 AFL Unity Cup in Melbourne

A half-marathon runner herself, Asthana created the organisation Multicultural Women in Sport to empower women and instil safe and inclusive practices in sporting clubs, such as advocating for women and girls to be allowed to play sport in hijabs or longer clothing, or in separate spaces with women only umpires, coaches and facilitators. Asthana recognises that the challenges faced by women are different for different ethnic groups, which her organisation does its best to address.

Asthana understood the power of sport from her work with family violence. She observed that South Asian women faced cultural hurdles and lacked a support system to help them out of abusive relationships. “These women had no idea where to go or who to approach”, she explains. This is true in most cases of domestic violence, but when coupled with the migrant experience it can be even more isolating.

Asthana thinks of sport as a “preventative measure” for such situations, as it is in her view an obvious approach to building up both confidence and community.

Outside of her practice, Asthana sits on the boards of multiple organisations, most notably acting as director of the board of Gymnastics Victoria. She is also a Commissioner with the AFL South East Commission and sits on the Tribunal for the Football Federation of Australia. A critical need for stronger governance in sporting bodies has driven her involvement in this area. “My legal skills have definitely been useful for the work that I’ve been doing in sport”, she says. “Bad governance is a barrier for women participating in sport, so if there aren’t enough women on boards and there aren’t constitutions that include specifics relating to women’s sport, the governance practices will not be effective in overcoming these barriers”.

Asthana hopes that the work she’s doing, both in creating these communities and instilling good governance into sporting bodies, will build more inclusive structures.

Her work speaks for itself, and she is demonstrating in more ways than one the benefits of participating in sport.

“It’s just such a fun and easy way to engage with Australian culture. Like practicing law, participating in a sport encourages you to be confident in who you are and what you can achieve, and to be bold in your decisions and actions.”

If you’re looking to study one of Melbourne Law School’s Masters-level courses and are an international student from India, the Alex Chernov Scholarship can support you.

Find out more about the Alex Chernov Scholarship