Articulating inequity in the law 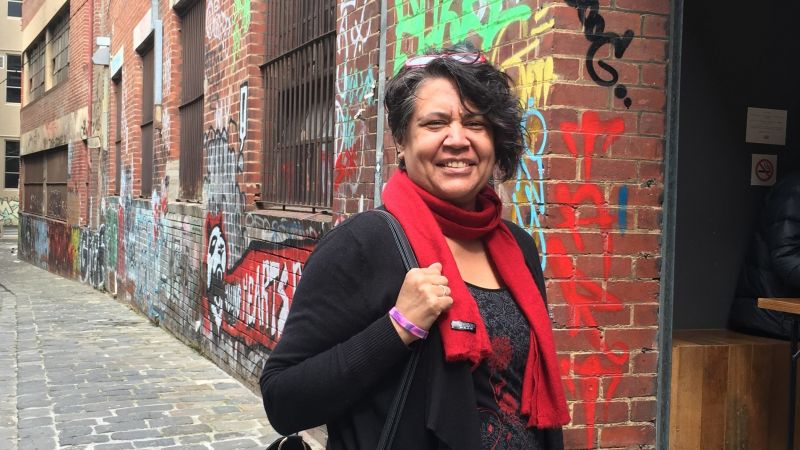 A Djok woman from the Kakadu area of the Northern Territory, Jacqui Katona has worked for the Royal Commission into Aboriginal Deaths in Custody, the Stolen Generations Northern Territory, and assisted her family to prevent uranium mining at Jabiluka in Kakadu National Park.

Ms Katona says she decided to do the JD at MLS to give her a more comprehensive understanding of the law, and says “the course lived up to that expectation”.

“I’ve always had a strong hesitance to conform because my activist background has been one of challenge to society’s structures,” Ms Katona says. “The reason I enrolled in the JD is so that I could better articulate the inequity that Aboriginal people experience through specific dimensions of the law, government and society generally.

The JD has really sharpened my analytical skills and I’m greatly rewarded by completing the degree because it now gives me the opportunity to critically analyse in a more constructive way. I can now speak in specific terms about where the law has negative impacts for Aboriginal people.

“We’re really only now at a point where Aboriginal people overall aren’t subject to segregation lawfully – it is only 50 years since lawful segregation existed in Australia. Having those discriminatory laws in place for the better part of the twentieth century has left a legacy where the whole legal framework was turned away from anything of importance to Aboriginal people including our identity. It’s taking a long time to address that situation, and there’s no particular priority given to do that, especially in the legal sector and in government.

“The law hasn’t reflected on the history that we’re dealing with the consequences of. So when issues like Djab Wurrung and the Juukan caves come up, they serve to highlight that there is a dismissal – there are no protections in law and there’s no place for us to discuss how those protections should take place. It’s broader than just a legal issue – it’s an issue that affects the way Australian society operates.”

Reflecting on her time at MLS, Ms Katona says “It’s been one of the most challenging things I’ve ever done in my life, but it’s given me great analytical tools and improved my capacity to research.

“For some people the law is a real mystery – it seems to operate in this vacuum that a lot of people don’t gain access to. So it’s been great to pull the mystery away from the law and to understand the things that keep society functioning, but also to be aware of the reforms and changes that need to be brought into the law to allow it to respond more effectively to the needs of all citizens, not just a particular group.”

Ms Katona thinks there are still many legal and societal issues that impact Aboriginal people negatively.

“There’s an issue in terms of access to the law, but there’s also an issue with the laws that have a specific effect on Aboriginal people

“For example, where a jurisdiction has mandatory sentencing, because of the social and economic standing of Aboriginal people, it’s more likely that they are going to be targeted by police. There’s a high level of surveillance and policing that takes place in Aboriginal communities.

There is evidence to show that Aboriginal people are being routinely criminalised through summary offences – that is charges around behaviour. Objectional words in public, public drunkenness – as we saw with the Tanya Day case, a woman who had consumed alcohol, fallen asleep on a train, ended up dead in a police cell.

“Perhaps in the minds of the lawmakers there’s some kind of benefit to mandatory sentencing, but the reality is that it’s going to target communities that don’t have a lot of economic and social resources.

“There are inequities in the system which still serve a particular social purpose. And what this law degree does for me is give me a better ability to articulate that, point out those inequities, and challenge the status quo.”