From the bar to the supermarket

She may have first studied law because she “got the grades”, but for competition law expert Professor Caron Beaton-Wells, life at the Bar would prove life-changing

We are living in a world where the quality of public and political discourse are, for various reasons, at an all-time low. I think it’s incumbent on academics to use our position of privilege and put our knowledge and research to work to lift the quality of the debate on key issues affecting society.

Knowledge is being democratised through social media. The number and range of voices out there in the knowledge space have exploded but in that space you sometimes have to look hard to find academic voices. Academics come up with new ways of seeing old problems. But if we are going to have a real presence in social debate it will not be just by publishing in scholarly journals. We need to be in the channels where the public are listening and participating.

Competition law determines each person’s experiences and choices as a consumer, which in turn has an impact on their cost of living and, for many, that means their quality of life. Competition is at the heart of advanced capitalist societies. Free markets are not just a matter of economic policy though; they underpin how we organise the society we live in, what we attach value to. That’s what fascinates me – the sociology of competition.

I am leading a four-year research project looking at competition law as it applies to the retail grocery sector – supermarkets. Economists talk about efficiencies but what I’ve found is that, for many, fairness is just as, if not more, important. There’s been enormous controversy around the fact that for many years we’ve had, in effect, a duopoly. For a long time that was thought to be a source of high grocery prices for consumers but the two giants, Coles and Woolworths, fiercely compete with each other and their market share is increasingly being eroded by other serious players like Aldi. So what’s the problem? It’s the suppliers, particularly the small ones, and the farmers who are affected. This means there are trade-offs in terms of who benefits and who suffers from competition and the law doesn’t deal with this very well. I am interested in how the law responds in these situations and how we can do it better.

Like many of my peers, I did law simply because I got the marks to do it at school. I graduated from Melbourne Law School and went into practice in a large commercial law firm. After 18 months I was drowning in paper, decided I simply couldn’t stand it and thought I’d go to the Bar. 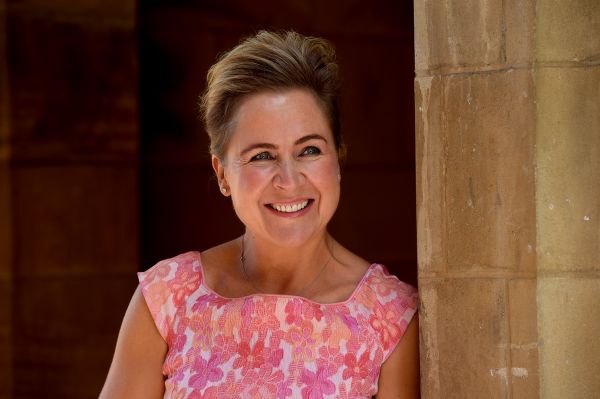 When I went to the Bar I was young - 23 or 24 - and I was a woman, so I had two disadvantages. Everyone said I would be sitting for at least the first three years waiting for the phone to ring. I thought “no way … I will enrol in a PhD and use my time constructively”. I chose competition law for my PhD because it was an emerging area in Australia and few members of the Bar had any real expertise in it.

But I did not end up twiddling my thumbs for long. Within months I was briefed in a very large case, as junior counsel for the Commonwealth, defending allegations brought by what was called the Stolen Generation. That swept me up for the next three years. I spent the first year travelling the country interviewing missionary and Aboriginal witnesses in remote communities, and was then involved in the trial for six months in Darwin and then the appeal for three months in Adelaide. So I did the PhD but largely on the plane between Melbourne and Darwin.

For me, the Stolen Generations case was life transforming. We were acting for the entity which by many was seen as the “bad guy”. The facts were very disturbing. We were hearing about children being taken away, as was alleged, against the will of their mothers. And it caused you to think very deeply about the policies of the day and about deep-seated issues of racism. It was also traumatic because it made you wonder about your role as a barrister in the adversarial system; a role where you fight for causes you may not believe in, that might even run counter to your own values. This was particularly the case for me, having grown up in the apartheid era in South Africa. I still remember the day Kevin Rudd said “sorry”. It meant a lot to me.

I saw an ad for lecturers at Melbourne Law School and, literally on a whim, I said “right, I’m applying”. I didn’t expect to get in but they offered me the position and I took it. I worked full time at the University and continued just about full time at the Bar and then I had two babies and realised that two careers and two children wouldn’t work. It was with a heavy heart that I left the Bar but I’ve really grown to understand and love the role of academic.

I’ve always had an entrepreneurial streak. After graduating from law, I started a ‘business’ selling my notes – I branded them “H1 notes” – and that helped pay the rent. I see academia as a form of entrepreneurism because it is about producing new ideas, breaking new ground. But, again, I don’t see much point in that if you don’t find ways to share and get others beyond the “ivory tower” to understand, test and - hopefully - apply your ideas. If we don’t engage in this way, then our potential contribution is diminished. One might even say our relevance is at risk.

I have spent the past two years leading the development of the Melbourne Law School’s first wholly online graduate program. It’s in the field of global competition and consumer law and I see it as being much like a tech start up. The technology gives us a way to reach and engage with students virtually from all around the world. In this way we can make a real contribution to capacity building in developing countries. It is only at an institution like the University of Melbourne that an academic has an opportunity to make a difference like that.