Gillian Triggs: Australia has faltered in its commitment to human rights 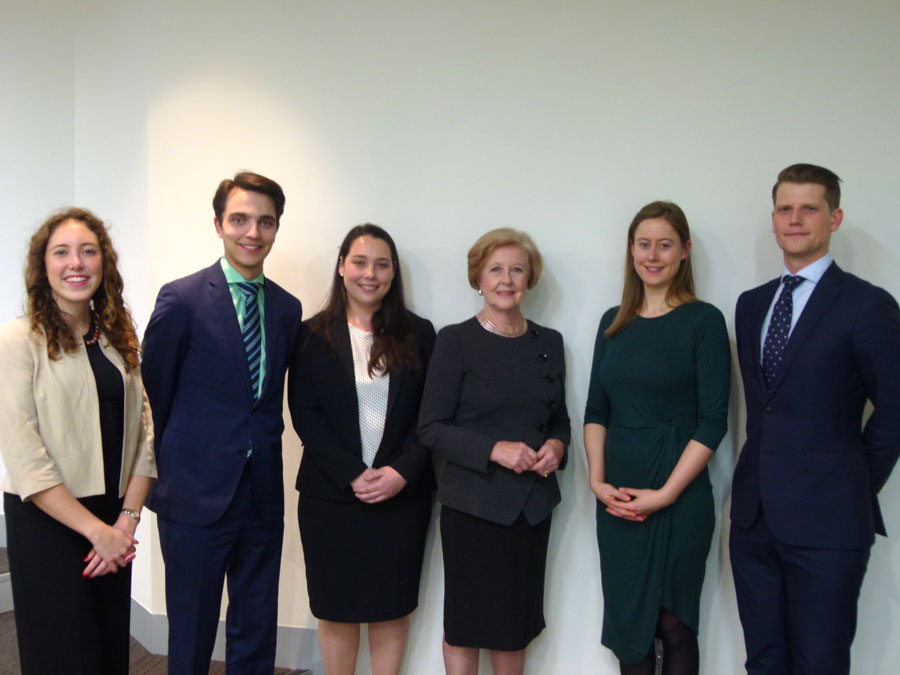 Professor Triggs cited examples of our treatment of Indigenous Australians, asylum seekers, and the decision to hold a plebiscite on marriage equality as examples of Parliament’s failure to adhere to its international human rights obligations.

The abuses of young people held at the Don Dale Youth Detention Centre in Darwin is an example of the Australian government’s neglect of human rights, Professor Triggs said. While the prompt creation of the Royal Commission into the Northern Territory's juvenile detention centres that followed the Four Corners report is a welcome development, Professor Triggs said much more needs to be done to improve rights for Indigenous Australians.

Today, the number of Indigenous Australians in detention has doubled since the 1995 Royal Commission into Aboriginal Deaths in Custody. And the more than 300 recommendations of the Commission have still not been adopted. She also cited the paperless arrest laws in the Northern Territories, which she said are a key factor in entrenching the disadvantage experienced by Aboriginal and Torres Strait Islander peoples.

Professor Triggs said that asylum seekers are being detained without charge or trial on the basis of an administrative power to hold people for an executive purpose of assessing their claims to refugee status.

This represents a broader trend of arbitrary detention in Australia. “The administrative detention of people is a growing phenomenon under Australian law in respect of those with cognitive disabilities who are unfit to plead to criminal charges, sex offenders, dangerous criminals, and more recently proposed in respect of terrorists,” she said.

Professor Triggs also criticised Malcolm Turnbull’s promise to hold a marriage equality plebiscite saying it contravenes the right to equality before the law, which she says is “a long recognised common law principle”.

The AHRC President dated Australia’s retreat from its international human rights commitments back to the Twin Tower attacks in New York on September 11, 2001. Since then, respective governments in Australia have denied fundamental principles of human rights law in the name of border security, counter terrorism, and stopping people smugglers. The Australian Law Reform Commission recently reported in Traditional Rights and Freedoms—Encroachments by Commonwealth Laws (ALRC Report 129) that many fundamental freedoms are encroached upon by hundreds of pieces of legislation.

Adding to this, Professor Triggs said Australia also tends to ignore the concerns raised by the UN Human Rights Council and its independent human rights experts, and that when discussing public issues in Australia, we no longer speak using the language of international obligations and human rights.

While Australia has ratified all of the core human rights treaties, we have not implemented those treaty obligations in our national law, with three exceptions: the anti-discrimination laws on race, sex and disability. The failure to pass implementing legislation would not be fatal to effective human rights protection in Australia if we had other forms of legal protection. Yet Australia is the only common law country in the world that does not have a Charter or Bill of Rights.

Professor Triggs concluded by saying there is an urgent need to agree on core principles against which to benchmark and discipline executive power and to provide courts with the necessary legal tools to challenge the overreach of the executive and parliament.

“Serious consideration should yet again be given to the need for a federal legislated Bill of Rights so that our courts can constrain the excesses of indefinite detention and cruel treatment,” she said.

This event was hosted by the Melbourne University Law Students' Society.