Meet the Judge in Residence: The Hon Justice Julie Dodds-Streeton The Honourable Justice Julie Dodds-Streeton (BA(Hons) 1973, LLB(Hons) 1979) never imagined she would enter the legal profession, let alone become a judge. Her first love was the study of history, especially the Late Medieval and early Tudor Period.

“I had always been interested in the lessons and mystery of the past,” she says.

After some time tutoring in the history department at the University of Melbourne, Justice Dodds-Streeton decided study law.

“It was a pragmatic decision in a way” she explains.

“I thought I had better earn a living and I chose law for vocational reasons.”

However, for Justice Dodds-Streeton the law turned out to be much more exciting than she had anticipated.

Justice Dodds-Streeton’s successful legal career began when she discovered her aptitude for the private law subjects of property law, insolvency and corporations law.

After a number of years teaching private law at MLS, Justice Dodds-Streeton decided to go to the bar and gain some practical experience in the area.

“I am quite an eccentric person,” she admits.

“I like quite a lot of out of the way areas of learning and I found the bar was really generous about that, it has a broad embrace and doesn’t demand that you be a clone.”

Although Justice Dodds-Streeton’s experience at the bar was largely positive, she is familiar with the challenges women in advocacy face.

“I think sometimes young women’s sense of modesty and self-criticism can be a handicap,” she notes.

“They have to make up their mind early that they’re going to seize opportunities to be in a speaking role and not a mere handmaiden’s role.”

Justice Dodds-Streeton’s own contribution to the advancement of women in the legal profession holds historical significance. When in 2002 she was appointed to the Supreme Court of Victoria, as a third women with Marilyn Warren AC and the late Rosemary Balmford AM, they sat together as Australia’s first all-female Full Court. 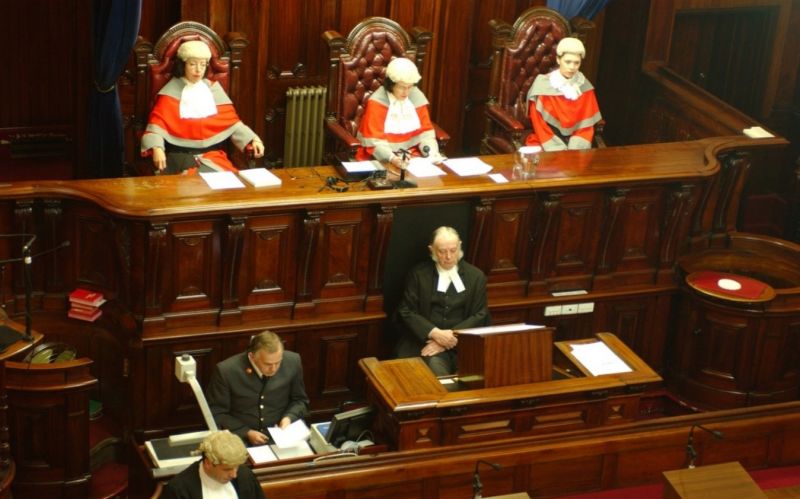 In addition to her work at the Supreme Court and the Federal court, Justice Dodds-Streeton has been a member of many boards and committees throughout her career.

Most recently, in 2015 Justice Dodds-Streeton was appointed as a member of an expert panel to oversee the expenditure on naval submarines. One of the highlights of this role was the chance to see the inside of a submarine for herself.

“That was amazing,” she exclaims.

“I never thought that I would get to be in a submarine!”

Throughout her time at Melbourne Law School this semester, Justice Dodds-Streeton has had a chance to engage with many members of the MLS community both in and out of the classroom.

“I’ve met some lovely students and visiting judges,” she says.

“I’m really amazed at the level and variety of activity, speakers and visitors who come to the Law School.”

As the final weeks of the semester approach, the advice her Honour offers to the students of MLS is timely.

“As someone who blundered into law, my experience has been that it has been a fascinating and rewarding career such that I could never have imagined at the outset,” she says.

“I think it is good advice to be open to new things and new challenges and not to be daunted by them, but explore what they have to offer and what you can contribute.”