2016 ended on a very different note to 2014 insofar as the ACCC’s ongoing unconscionability campaign against the big supermarkets is concerned.

On the eve of Christmas 2014, the ACCC celebrated what it hailed a ‘landmark victory’ in a case against Coles alleging unconscionability in its treatment of suppliers. The retailer settled the action, making admissions, paying a fine of $10 million and subsequently instigating a scheme to compensate suppliers to the total tune of $12.3 million.

A year later the consumer watchdog launched proceedings against Woolworths alleging unconscionability in respect of largely similar conduct. In both cases, the retailers were charged with demanding uncontracted or illegitimate payments from suppliers, accompanied by tight deadlines for response and threats of escalation and ultimately adverse commercial repercussions should the supplier not comply.

In both instances, consistent with the terms of the relevant legislative provisions, it was alleged that this conduct was unconscionable given the relative strength of the supermarket’s bargaining position and the undue pressure applied in the negotiations in question.

Just last week, the Federal Court handed the consumer watchdog a stinging defeat in its proceeding against Woolworths. The retailer’s ‘Mind the Gap’ scheme (a phrase strangely redolent of the London subway and hence possibly the inspiration of UK imports amongst Woolworths’ staff) was held by Justice Yates not to be unconscionable because, in effect, it involved conduct that was not qualitatively different to conduct that occurs in the normal course of Woolworths’ and indeed any supermarket’s dealings with its suppliers.  Yates J accepted Woolworths’ primary contention that:

‘from the perspective of any individual supplier who was contacted as part of the Mind the Gap scheme’, the experience would have been no different to any ordinary negotiation that the supplier might have had with Woolworths.’

Not surprisingly, the outcome provoked some strong reactions.

From a defiant ACCC Chairman, despite the finding of legality: a description of the conduct as an ‘unfortunate way to do business’ and ‘not the sort of business behaviour I am used to, having spent 20 years in the private sector’. And, in the cursory media release announcing the judgment, a promise ‘to continue to take enforcement action where appropriate, particularly in relation to supply chain issues’.

From the head of the peak supplier organisation, the AFGC: a more strongly worded observation that ‘it would be pretty appalling if it (the judgment) were seen as a green light to do the same thing again’ and an associated warning that it too would be continuing to keep ‘a close eye’ on supplier relationships.

Comment on the judgment at this stage may be premature given that the ACCC may appeal and undoubtedly will be carefully considering its prospects in that regard. Without access to all the evidence and submissions, or an inside insight into the case theory and forensic strategy of the parties, any such comment will also inevitably necessitate a degree of speculation.

But caveats aside, given its significance in the context of the longstanding controversies and law reform debates relating to supermarket power in this country, some comment is arguably warranted, even if qualified. 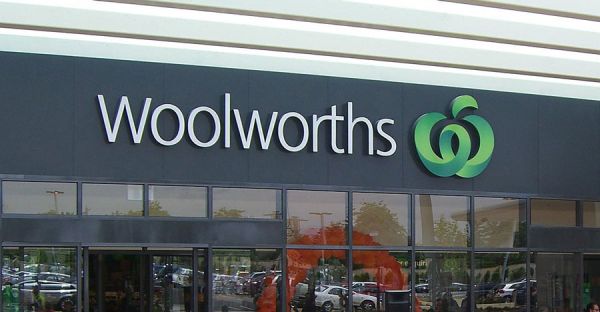 How is the outcome in the Woolworths’ case to be explained? Four possible explanations spring to mind. They should be seen neither as mutually exclusive nor as exhaustive.

First, the outcome is attributable at least in part to the way in which the ACCC framed the case and presented its evidence.  This too may explain the difference in outcome to the Coles’ proceeding (in respect of which it should also be borne in mind that the case was settled and hence, none of the evidence was heard and tested).

In the Woolworths judgment, Yates J repeatedly emphasised that the Commission’s case was based on the design and implementation of a broadly-based scheme.  Unlike the Coles’ action, it was not based on specific dealings with particular suppliers.

This difference in framing could explain why the ACCC chose to rely solely on documentary evidence and did not call any witnesses. Nevertheless, it was a feature of the evidence that attracted at least implicit criticism from the judge. Not only was the documentary record itself seen as incomplete, but there was no oral testimony to assist in its interpretation or to enable appreciation of the practical impact of the scheme on individual suppliers. In cruder terms, Yates J did not get the chance to eyeball (and potentially sympathise) with the victims.

There may have been several reasons why the ACCC adopted this strategy in formulating its case.  As pointed out already on The Conversation, the Commission may have consciously sought to establish a pattern of conduct or business model as unconscionable, as distinct from ad hoc instances of dealings between individual buyers and suppliers.

Perhaps more to the point though, the ACCC would have had difficulty persuading suppliers to testify. Supplier reluctance to speak out against their largest customers for fear of commercial retribution is well documented. While it has powers to compel testimony such action does not guarantee that the account given in court will be as robust as or consistent with the account given to counsel behind closed doors.  The ACCC faced the same risk in the Coles’ case.

Second, some may attribute the outcome to differences in the viewpoints of the judges who presided over the Coles and Woolworths’ cases respectively. In the former, Gordon J (now on the High Court) did not mince words in condemning Coles’ conduct as ‘serious, deliberate and repeated… [as] contrary to conscience... not consistent with acceptable business and social standards which apply to commercial dealings.’

Yates J, on the other hand, agreed with Woolworths that the allegations made against it exposed a lack of understanding on the part of the ACCC of the complexities and realities of the dynamics in supermarket-supplier relationships. According to this judge, Woolworths had designed and executed a structured fact-based profit program that, while more formalised and coordinated than previous approaches, involved ‘nothing unusual’. Indeed, the judge was at pains to point out that:

‘the “asks” made of suppliers, as part of that coordinated approach, were typical of the approaches for financial support and negotiations that took place between Woolworths and various suppliers at other times.’

Reading the two judgments, some may be tempted to conclude that cases of this kind are determined by a ‘process of personal intuitive assertion or idiosyncratic notions of commercial morality’ – despite judicial rejection of such a process and notions as firmly inappropriate.

Error in the legal test or its application?

Third, it is always possible of course that Yates J got it wrong. The judge’s statements of the law pertaining to unconscionability were clearly based on previous cases. Reciting those precedents, Yates J pointed out that ‘put simply, unconscionable conduct is conduct against conscience by reference to the norms of society that are in question’ but that something more than unfairness or injustice is required. The standard connotes a ‘high level of moral obloquy’, conduct that may not be dishonest but nevertheless is ‘highly unethical’.

But was there appellable error in the way in which these legal requirements were interpreted and applied to the facts in the case? One question is whether Yates J was correct in relying on the usualness of the conduct in question in concluding that it was not unconscionable.

As has been extensively documented, the type of supplier treatment in this (and the Coles) case has been the subject of significant criticism in numerous public inquiries over many years and has prompted repeated calls for law reform. Just because conduct is ‘the norm’ does not make it right – or conscionable for that matter (assuming there is a difference…)!

It should also be pointed out the test for unconscionability is based on the norms of society, not the norms of the business in question or even the industry at large. It would make a mockery of the law if an accepted defence to a charge of unconscionability was, in effect: ‘but this is how things have always been done..’.  Moreover, norms are fluid and change over time. Even if conduct has been seen as socially acceptable in the past, that is not to say it will always remain so.

Indeed, after the Mind the Gap scheme was implemented, Woolworths signed up to the Food and Grocery Code of Conduct – indeed, with Coles and the AFGC, it led this industry-inspired initiative. The Code has been held up by many as a serious band-aid, if not a cure, for many of the ills besetting relations between suppliers and the major chains. It targets the type of conduct that was the subject of both unconscionability cases.

Needless to say, Woolworths’ defence that such conduct was in effect ‘business as usual’ is difficult to reconcile with its subscription to the code (and even more so with its Chairman’s subsequent assurance of higher standards in the future). Intriguingly, nothing is made of the inconsistency with the code in Yates J’s judgment.

In the 2015 report by the Competition Policy Review, Ian Harper and his fellow panel members referred to the Coles case as indicating that ‘the current unconscionable conduct provisions are working as intended to meet their policy goals’. This leads to the last possible explanation for the Woolworths outcome.

The law needs to change?

Fourth, the outcome may support the view that the unconscionability provisions in fact are not working as intended - that the threshold is too high, and/or that judges may need more ‘guidance’ on applying what is a notoriously vague and highly subjective concept. At what point is conscience offended? Where and how does one draw the line between conduct that is morally or socially unacceptable and that which merely involves the legitimate pursuit of profit in the ordinary course of doing business?

The Interim report by the Australian Consumer Law Review released in October 2016, just prior to the Woolworths judgement, did not support the calls by some commentators for lowering the standard and introducing a general prohibition on unfair trading into the law. It instead favoured allowing the case law on unconscionability to develop.  Perhaps the outcome in the Woolworths case will prompt a rethink of this assessment.  No doubt, a Full Court or even better, a High Court, judgment on the matter would be more instructive in this regard.

Regardless of whether any of the points just made are complete or accurate explanations for the outcome in this case, there is still the question of whether the outcome has broader implications.

As suggested by Senator Xenophon, one such implication is that it strengthens the case for amending the misuse of market power prohibition –  introducing an anti-competitive effects test, as sought after by the ACCC and opposed (as it happens) by the major supermarkets.

For various reasons, it would be difficult to prove that the conduct alleged as unconscionable in the Coles and Woolworths proceedings had the purpose or likely effect of substantial lessening competition, and so fall foul of an amended s 46.

But that is not the point.

As one commentator has pointed out, ACCC enforcement action against the major chains for unconscionability ‘is nothing more but a skirmish on the edge of supermarket power.’  Arguably, it treats the symptom not the cause of the problem. If indeed the cause of the problem (and the explanation for the at least unfair if not unconscionable treatment of suppliers) lies in the market power of Coles and Woolworths, then the medicine will not be found in any reformulation of the unconscionability rules.

The answer is to be found in more competition. As to whether and if so what kind of regulatory (or deregulatory) action is needed for this purpose, or whether the invisible hand of the market will continue to work its magic, well, that’s another debate and one we no doubt will continue to have.

Caron is leading an Australian Research Council funded project on Supermarket Power in Australia.  You can read more about the project here.