'Economics in the design and implementation of competition policy' 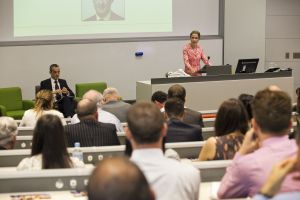 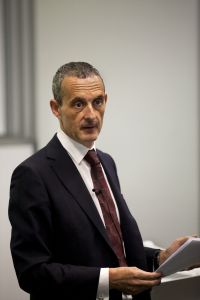 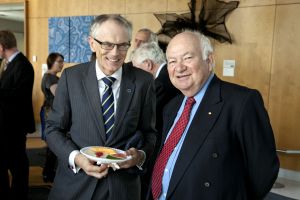 Abstract: This lecture addressed how economics influences the design and implementation of competition policy, canvassing issues and themes that are highly relevant in the context of the Competition Policy Review currently under way in Australia. The emphasis of the lecture was on competition as an instrument of economic policy, and thus wider than law enforcement. It was based primarily on the UK experience, but drew on international evidence more generally, and considered briefly how this experience may be drawn upon in the Australian Review. The lecture examined how the economic objectives of competition policy translate into the design of the law and institutions, including competition law directed at private firms and competition advocacy aimed at government behaviour. It also examined how competition policy interacts with other policies such as consumer protection, sector-specific economic regulation, industrial policy, etc. In terms of the implementation of competition policy, the lecture addressed how economics can inform the strategies pursued by agencies such as prioritisation, evaluation, the design of sensible bright line rules and other guidance.  It also covered specific areas such as abuse of dominance, agreements, mergers, market studies and competition advocacy.

John Fingleton is CEO of Fingleton Associates and was formerly the Chief Executive of the UK’s Office of Fair Trading from 2005 to 2012, having previously run the Irish Competition Authority. He was Chair of the Steering Group of the International Competition Network from 2009-2012. As an academic economist at the London School of Economics, Trinity College Dublin and the University of Chicago, he has written and taught game theory, economics of industry and regulation. In government, he oversaw merger regulation, enforcement of competition rules, consumer protection, and credit regulation. He has been a strong advocate for the removal of government restrictions on competition and supply side reforms to improve productivity growth.

The lecture was followed by:

In 2014 the government commissioned an independent review of competition policy and law and its administration – the Competition Policy Review (CPR). Promoted as a sequel to the landmark National Competition Policy Review in 1992 that was chaired by Professor Fred Hilmer (the speaker at the 2013 Annual Baxt Lecture), the overarching aim of the CPR is to identify competition-enhancing micro-economic reforms to drive ongoing productivity growth in the economy and improvements in the living standards of all Australians.  To be chaired by Professor Ian Harper, the CPR’s agenda is ambitious and its terms of reference are wide.  An Issues Paper was released, submissions were sought up until 10 June 2014, and a final report to be produced within 12 months of that date. The CPR is a significant opportunity not only to tackle the unfinished business of the Hilmer review in the areas of regulatory review and privatisation, amongst others, but also to address essential reforms to the competition provisions of the Competition and Consumer Act 2010 to ensure that it is coherent and effective, as well as consistent with international best practice.

Building on the economic themes and overseas experience relevant to competition policy and law addressed in the 2014 Lecture by John Fingleton, the Law School hosted an expert panel discussion on issues central to the CPR immediately after the Lecture.

The panel comprised four of Australia’s most eminent economists, all of whom have a long and distinguished record in influencing debate and practice in the field of competition policy, law and enforcement in this country.

Allan Fels is most widely known for his role as Chairman of the Australian Competition and Consumer Commission (ACCC) from 1995 until 30 June 2003. having previously chaired the Trade Practices Commission from 1991 to 1995 and the Prices Surveillance Authority from 1989 to 1992.  He was subsequently foundation Dean of the Australia and New Zealand School of Government (ANZSOG) until January 2014.  He is currently an Honorary Professional Fellow at this Law School and continues to be involved in competition law activities globally.  He also plays other major roles including as Chairman of the National Mental Health Commission, the Victorian Taxi Industry Inquiry, the Visy Australasia Governance Board and the China Advanced Leadership Program. Click here to view Professor Allan Fels' slide presentation.

Henry Ergas is Senior Economic Adviser, Deloitte, and Professor of Infrastructure Economics at the University of Wollongong’s SMART Infrastructure Facility. Henry has broad experience in virtually every area of applied economics, focussing on issues of efficient resource allocation. He has been closely involved in dealing with regulatory issues in many industries, including public utilities, Defence, aviation, surface transport and financial services and has worked over many years on issues in the economics of health and aged care.

Stephen King is Professor of Economics and co-director of the Business Policy Forum at Monash University in Melbourne, Australia. Prior to joining Monash, Stephen was a Member of the Australian Competition and Consumer Commission. Stephen’s main areas of expertise are in competition economics, regulation and industrial organization and he has researched and worked in these areas for more than two decades. Stephen has a PhD from Harvard University and received the University Medal from the Australian National University for his undergraduate studies. He is a Fellow of the Academy of Social Sciences in Australia.

Philip Williams is the Chairman of Frontier Economics (Australia). Prior to joining Frontier, he taught full-time at the University of Melbourne from 1978 to February 2002, when he resigned as Professor of Law and Economics in the Melbourne Business School at the University. He is a member of the Competition and Consumer Committee of the Law Council of Australia and was awarded an AM in the Australia Day Honours earlier this year. Click here to view Professor Philip Williams' slide presentation.

In an interactive format inspired by the ‘hot tub’ approach to expert evidence in competition litigation, the panel addressed a series of key topics relevant to the CPR, including:

The panel discussion and Q&A was moderated by CLEN Director, Professor Caron Beaton-Wells.